Dating in L.A. with No Nipples 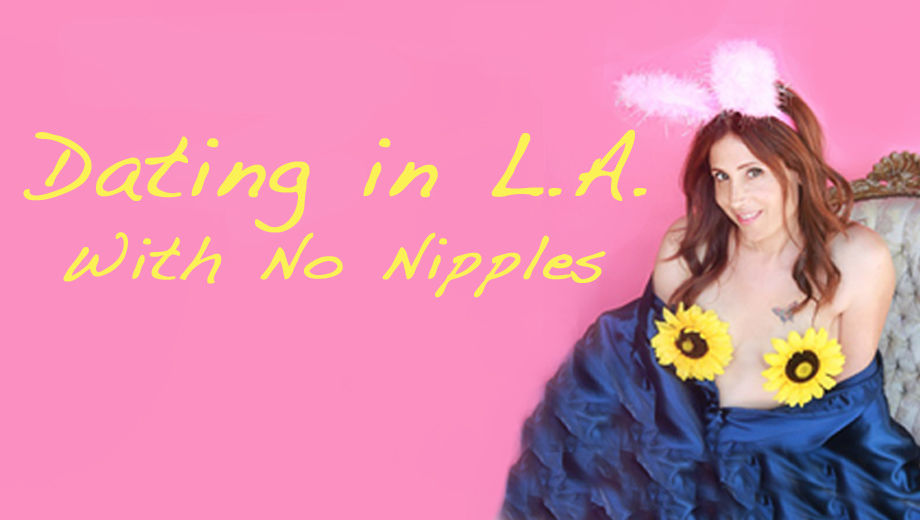 “You know you’ve hit rock bottom when cancer is just the icing on the cake.” The cake was what Lisa learned about her husband. In a period of one year, Lisa found out her husband was leading a dark double life, became a single mom to her beautiful one year old baby girl and was diagnosed with breast cancer. She secretly helped the police gather evidence on her husband while undergoing cancer treatment and simultaneously going on over 70 first dates, 50 under reconstruction, which was surprisingly an amazing experience. This is Lisa’s journey of how she got back on her feet by “Dating in L.A. With No Nipples”.

Lisa Kate David is an actress and writer hailed by the New York Times as “a major comedic force”. Her show premiered in 2014 to sold-out houses and rave reviews. She was nominated for Best Lead Actress by NOHO ARTS DISTRICT and her story has been featured in many outlets including: L.A.Weekly, Women’s Health Magazine, and Standup2cancer, as well as on many podcasts. She also does speaking engagements for various cancer and women’s and children’s organizations.

Lisa is happy to be back at The Whitefire Theatre performing her show on Saturday February 26th at 8pm.
The show is written & performed by Lisa Kate David & Directed by Bryan Rasmussen

“Lisa David is beautiful inside and out and her masterful storytelling, magical timing and deeply moving presence onstage is utterly magnificent…Proves that there is hope in even the most hopeless place…
Lisa takes those couple years full of heartache and terror and danger and turns them into a story of strength and humor and love. Her spirit is effortlessly endearing. She is everyone’s idea of the perfect best friend, mother, daughter and hero. Lisa is brilliant in an understated way. Her genius is found in between the drama. In her infallible love for her daughter, in her determination to be happy, in her unwavering resolve to put her revolting ex-husband behind bars and as far out of her daughter’s life as possible.
Lisa David is a superstar…She has that precious gift of self-effacing joy and stories so crazy they must be true. If you need some uplifting. If you seek light and love and connection then see this show…I absolutely loved it!!” NoHo Arts District 2019

“Lisa David is a sharp writer who’s adept at both acting and stand-up comedy…. a brave and highly engaging storyteller … a major comedic force.” The New York Times

“Lisa David is so likable, and her autobiographical show is so ingenious and inspiring.” Stage Raw

“I was stunned this was a true tale…funny and very raw…incredible…To witness Lisa’s rewarding transformation and bravery is a gift…a beacon for others who will crumble and melt away with their own personal hardships.” NoHo Arts District 2014