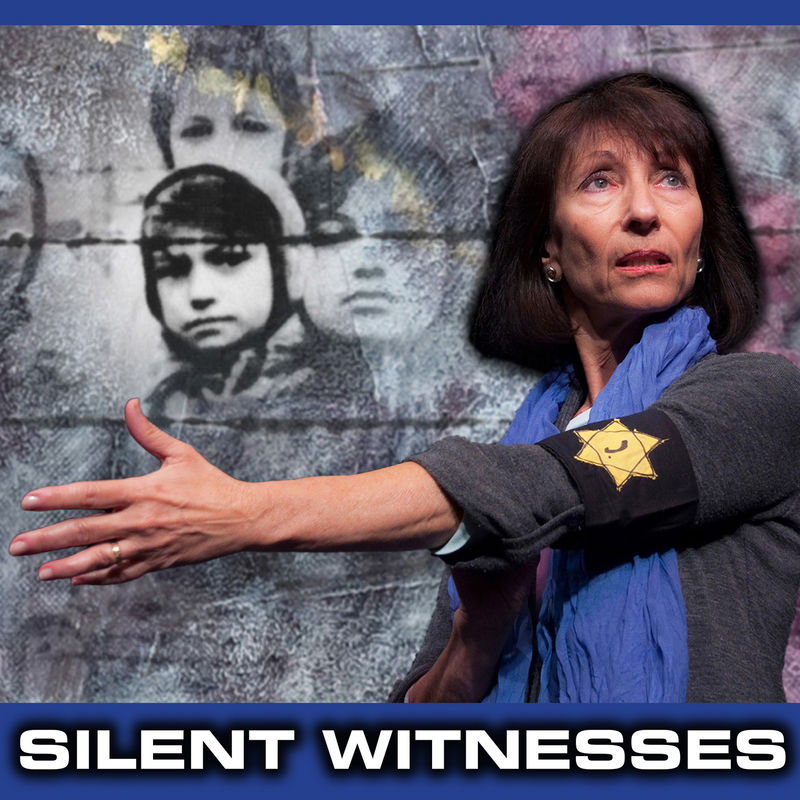 THIS SHOW IS NOW STREAMING ON-DEMAND!

Please go to this link to rent and view:


The video will be available until April 11th. Once you start viewing, you will have 72 hrs to complete.

SILENT WITNESSES – critically-acclaimed solo play, written and performed by Stephanie Satie, returns to The Whitefire Theatre for Solofest 2022. Almost two years after the pandemic shut down our own world, we happily return to the theatre where this play was originally produced.

They were kids. They were pretty. They were hidden “on the outside,” satellites spinning in their own private orbit, until they found each other and tell their stories for the first time. They called themselves phantom siblings; silent witnesses no more.

Decades after World War II, a group of women meet, moderated by a therapist. The women have one thing in common: all of them, including the therapist, survived the Holocaust as children. Expected to quietly assimilate and not dwell on the past, they remained silent for years. One survived the camps, others were fostered by Christian families or lived clandestinely in rural towns pretending to be Christians.
Here, the boundaries between therapist and friend and co-survivor all disappear. In the midst of such craziness, they had to create new rules – or no rules. In a world that doesn’t want to hear or know their stories, these women will no longer stay quiet.

“Silent Witnesses” is not the story of victims. It is an uplifting story of survival. Based on interviews and conversations with child survivors, these stories are unique in the realm of Holocaust narratives. Their memories were shaped through a child’s lens, yet infused with the wisdom of the adults they’ve become.

“…:…a stunning new work …… an emotionally affecting piece of theatre.” Stephanie Satie is nothing short of spectacular." – Entertainment Live Stage

“Silent Witnesses delivers a potent story about a difficult subject without a bitter aftertaste … reminds the audience about the power of theatre.” – USC Daily Trojan

“Intrinsically powerful; a wonderfully intimate and heartfelt performance.” – Paul Birchall Stage Raw “Revealing and powerful; Silent Witnesses gives haunting and telling voice to those who were young Jewish children and survived … revealing their remarkable strength and courage.” – The Tolucan Times.

“Anita Khanzadian builds excellent pacing to the story from intimate moments of revelation to visceral experiences with soldiers, camps, and community.”